男创作者这么想象女性也就算了，可怕的是女创作者也大部分遵循这个套路 ... 细思恐极，换言之，the way we form our social self-image is through the male gaze. We have "othered" ourselves from the inside. My image of the self is one bestowed by patriarchy. Think about the depth and magnitude of this damage and distortion.
女生觉得帅的，都是他妈的玻璃。--- 王羽
Top

I'm not on Disney's side. I'm not on anyone's side. I just find it funny.
女生觉得帅的，都是他妈的玻璃。--- 王羽
Top

Disney没文化，但有观众。前几天前在脸书上闲逛，看见华二代（三代？）夸Mulan，满满的“my culture”自豪感，不知道该表什么情。
Last edited by 唐唐的郁金香 on 2020-09-09 9:28, edited 1 time in total.
Ultimately, happiness comes down to choosing between the discomfort of becoming aware of your mental afflictions and the discomfort of being ruled by them. -- Yongey Mingyur Rinpoche
Top


Apparently this entire time, all I had to do to make mother proud was buy a Honda Civic

Edit: idk anything about mods or what a VTEC is pls let me be I’m just driving stock okay 🥺

When sometimes you wanna eat meatless food, especially in July the ghost month of Lunar Calendar, but you are so much the meat eater. No problem, I made this Roasted Pork Belly Shaped Jelly Cake, and can prank my family also.

How does it look guys?

Chilli soy sauce made from: chocolate sauce and strawberries.

TL;DR
My parents recognized today for the first time that going to trade school didn’t ruin my life and was actually a great decision. Cried a little bit in my truck after they said that. I don’t have anyone to tell about this and I feel y’all would be able to relate

When I was 17 and about to graduate high school, my parents became particularly adamant that getting a master’s degree in whatever is the only way I could survive in the real world. Specifically, they wanted me to be a surgeon or some kind of doctor. I am NOT academically inclined and I would sooner deepthroat a cactus than attempt med school. I planned on just working after high school, but in an attempt to compromise I decided to apply to a trade school. Initially, they were satisfied, but after a month they started telling me that I was ruining my life and that this kind of work can’t sustain me. I moved out shortly after this.

They continued to call me to berate my decision to be a blue collared worker (in an attempt to persuade me to apply for a real college), and I got used to the fact that I couldn’t ever please them. For the next 4 years, I framed houses, did concrete work, finished them, inspected them, and most of everything in between.

6 months ago, I bought a house with my fiancé and renovated the fuck out of it. They were impressed but didn’t say much else about it. Around the same time, my mother bought a piece of property to open up a beauty salon. I did all of the finish work there and she genuinely appreciated it (bc I saved her 40 grand), but didn’t say much else about it. I’m not salty about their silence at all because it’s what I expected. However, just last night, they asked me to come over and fix a set of stairs my dad built a few years ago. He is NOT a carpenter. It was a mess. It took me four hours today to tear it down and do it the right way. When I finished cleaning and they saw it, my mother stared at me and said:

“I think it was a good thing you went to Ranken, con. You are so talented now. We’re very proud of you.”

It’s euphoric to feel acknowledged, even though I accepted that I would never hear it from them. Cried like a bitch when I left. I want to share this moment but I don’t know anyone personally that could relate. I’ve attached a few pictures of the work in case you’re curious

Who knew that after a serendipitous meeting in Kyoto, we would be married 5 years later.

Here we are, an intergaycial, American, minority couple - both children of immigrants - married in front of the Statue of Liberty. This is what America is going to look like more and more in the future. And hopefully by then, queer people don’t have to be “fortunate” that their families and communities are supportive. That should be the bare minimum.

To mark our union, we decided to fuse our last names to reflect both our Chinese and Indian heritage.

This way, our kids will know their heritage.
----
Addtional info:

Hi everyone! Thanks so much for the outpour of well wishes and support! It really puts a smile on our face.

I just wanted to add some more info cause I saw that there were a few questions.

1) The reason we chose "Bramhandtam" instead of any other combination (we went through a few) was that we wanted to keep the meaning of "Bramhand", which in Sanskrit means universe in a spiritual sense. Chinese last names don't really have as much meaning other than clan affiliations. But we were thinking of giving our kids Chinese middle names when we have them. 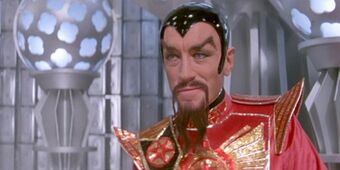