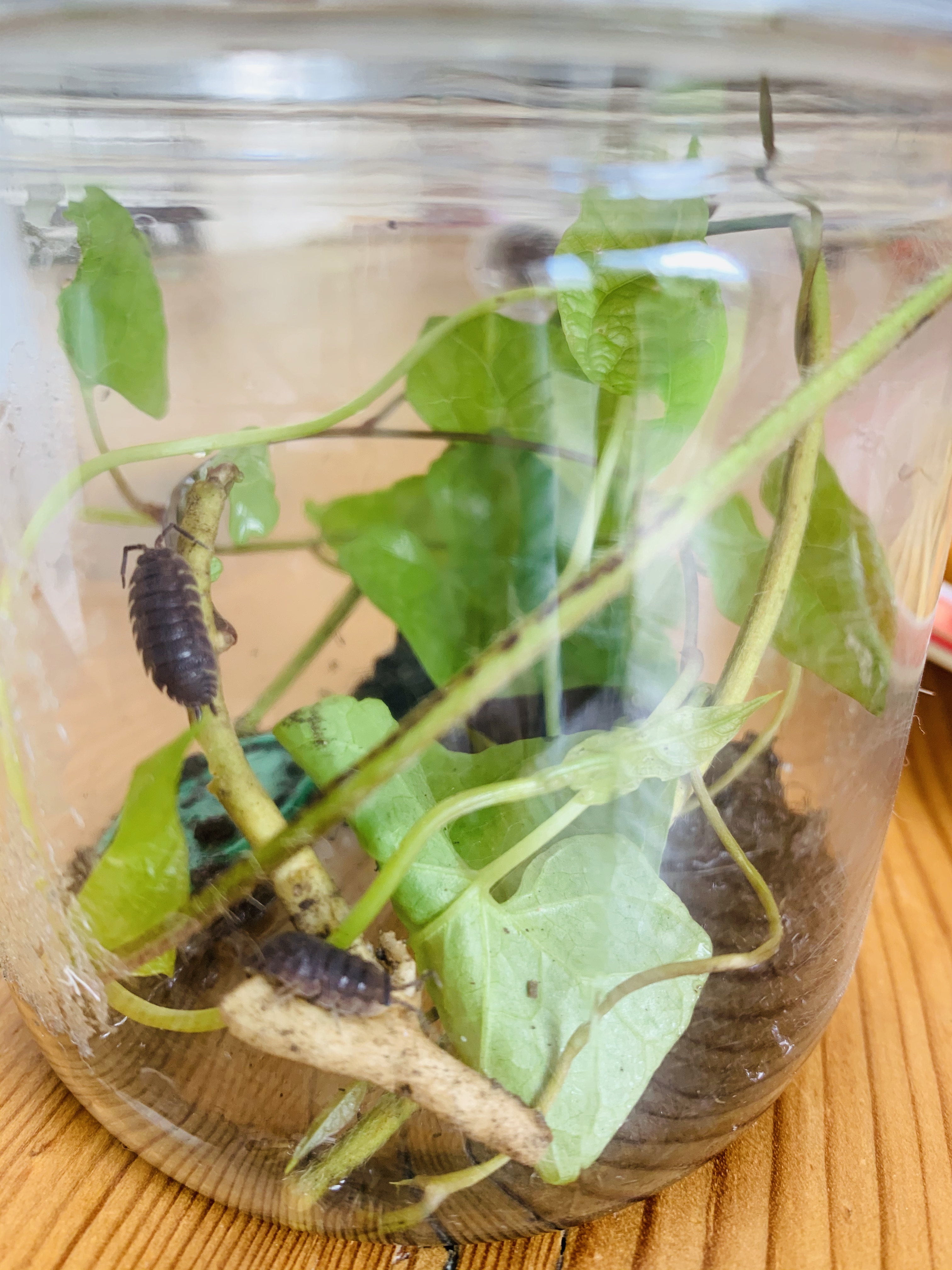 养猫一点也不难。我家养了两只。这跟养娃能比吗？连上厕所都自己弄，还有比猫更合适家养的动物了吗？
Other organisms on earth are just waiting for us to go extinct so that they can have some peace.
Top

缺点是有时候它看人的眼神还是有点儿野兽的感觉，不像狗子们大黑圆眼仰头看人比较感动。
Other organisms on earth are just waiting for us to go extinct so that they can have some peace.
Top 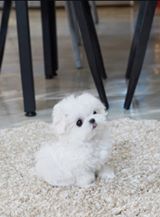 同意金鱼其实很难养，我们养过。唯一的好处是葬礼比较好办。我家以前离海很近，养死了就去沙滩上刨个坑埋起来，涨潮就没有了，回到鱼天堂（大海）去了。
Ultimately, happiness comes down to choosing between the discomfort of becoming aware of your mental afflictions and the discomfort of being ruled by them. -- Yongey Mingyur Rinpoche
Top 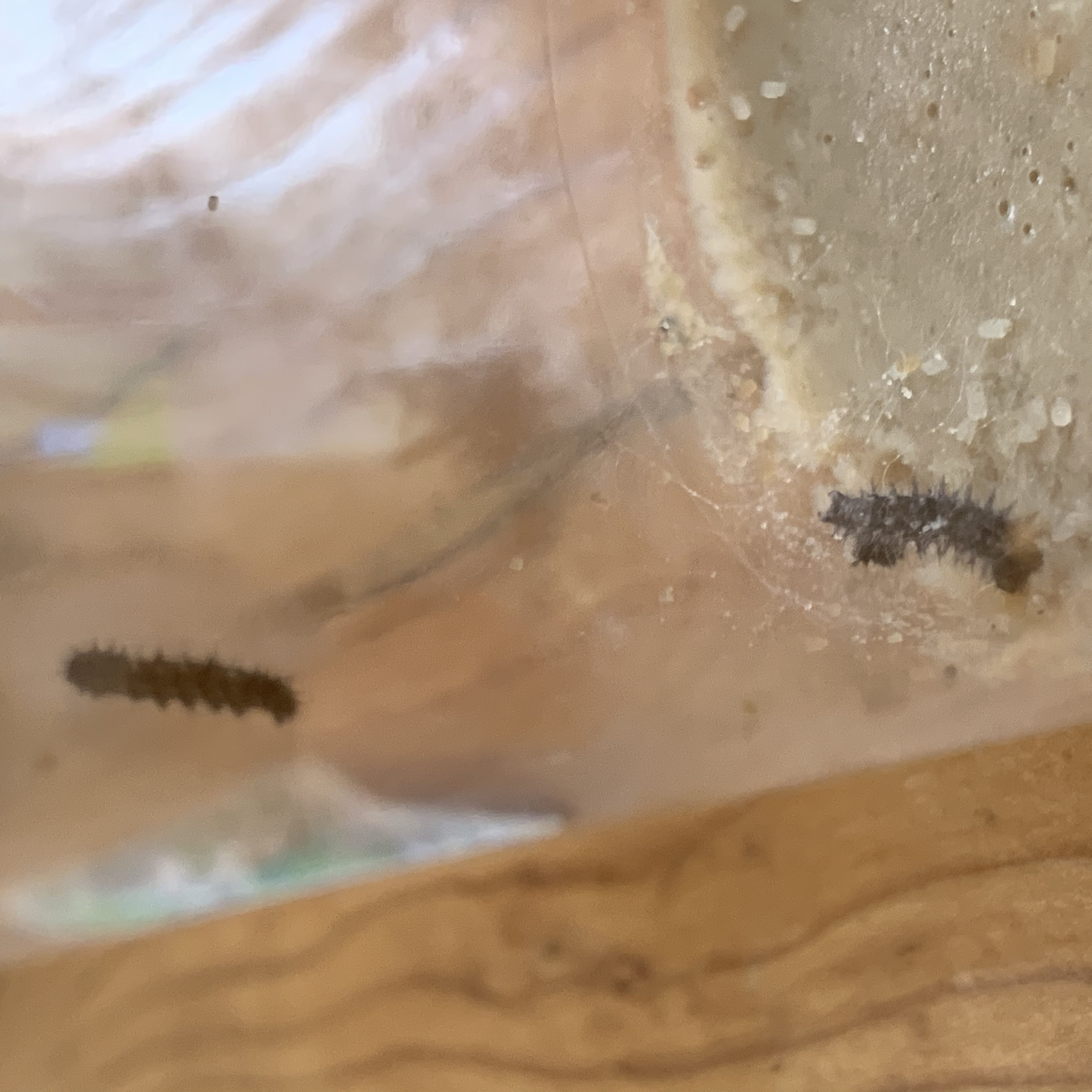 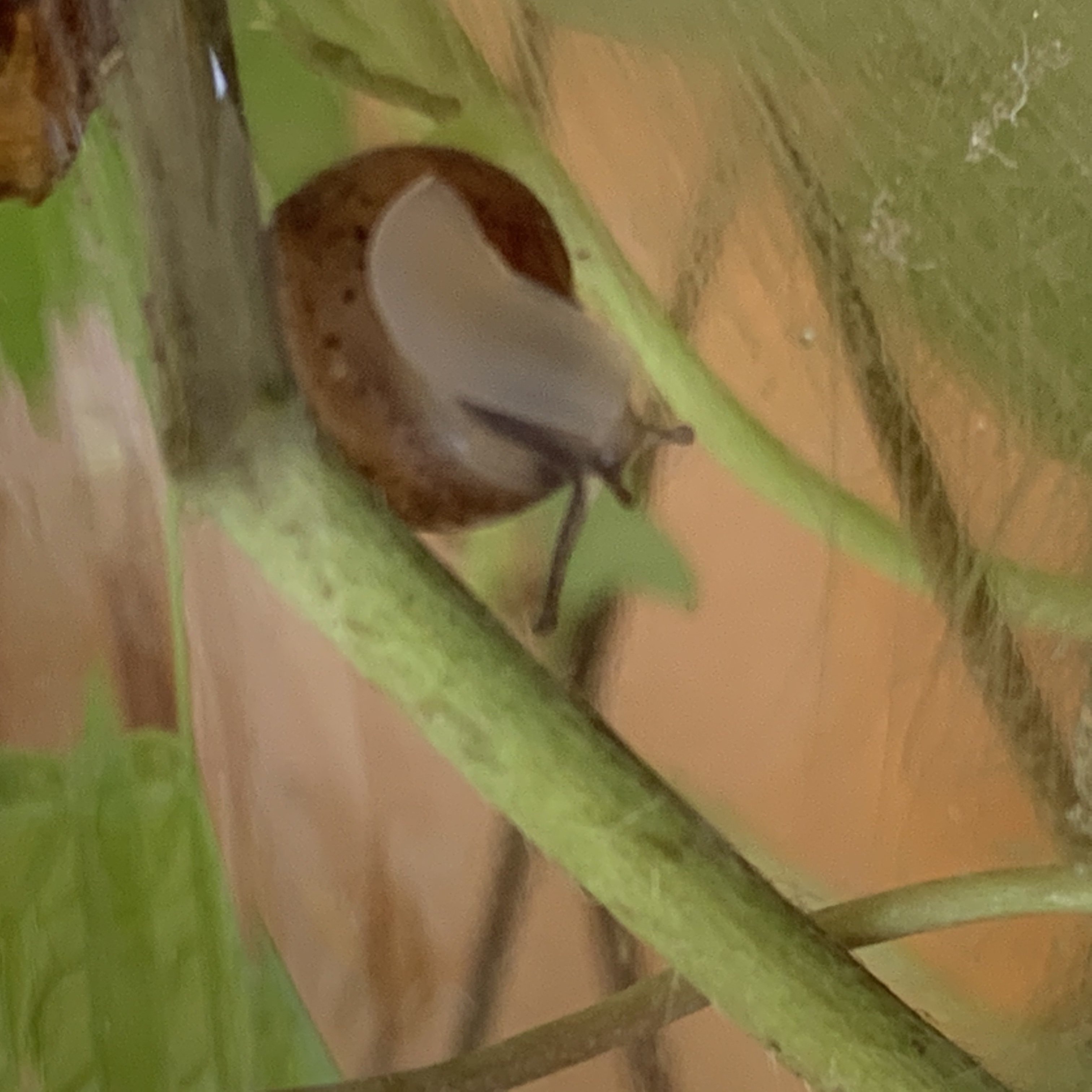 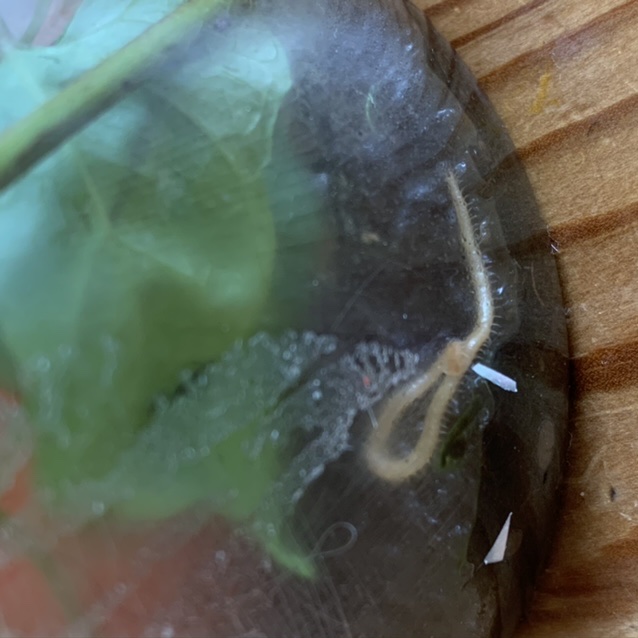 What could be more magical than raising butterflies?

“We’ve never experienced a year like this in 50 years,” said Marcus McManamna, the president of Insect Lore, a popular brand. The Shafter, Calif., company has been selling 50,000 butterfly kits a day in recent months, at least five times average daily sales last year.

Some parents found the nature lessons exceeded expectations, teaching their young children about cannibalism and death.

“They ate their friends!” said 2-year-old Emberly Bastide, who lives outside Denver. Two caterpillars had lunched on a weaker one, said her mother, Stephanie Bastide: “All that they left was the tail.”

“Caterpillars will eat each other,” said Kathryn Hokamp, a lepidopterist at the Butterfly Pavilion in Westminster, Colo. “You typically see this when one caterpillar is molting or forming their chrysalis, so they shed their exoskeleton, and they’re really soft and fairly immobile for 24 hours, and they are a good snack for their siblings.”

Emberly was too young to understand what was going on. But the tiny slaughter spurred an awkward conversation with Ms. Bastide’s 12-year-old son about nature’s caprice. “Yeah, it was pretty weird,” the mother said.

The family had received a cup full of comatose caterpillars from Insect Lore and, given the hot Arizona climate, Ms. Fajardo brought in the package right away, she said. The instructions from the company noted that the insects might remain inactive for as long as 48 hours after arrival.

Four days later, they remained still. Lennix began checking on them every 10 minutes to see if they were moving. When it was clear they never would, his mother decided it was time for a talk.

“We watch movies like ‘Frozen,’ where Anna and Elsa’s parents die, so he’s familiar with the concept,” Ms. Fajardo said. “But he really doesn’t grasp a hundred percent what it means.”

Adenike Natschke, a teacher in Hillside, Illinois, also had to discuss the facts of life with her 5-year-old son Wyatt. Four of his caterpillars went stiff, and he thought they would turn into ghosts.

“Everything with Covid-19 is like—people are getting sick. And then what happens if they don’t get better? He has all those questions. He wants to know,” Ms. Natschke said. “You have to tell him the truth, don’t sugarcoat it for him.”

Naturalist John Muir might well have been describing the butterfly kits when he wrote, “In every walk with nature one receives far more than he seeks.”

Not every parent is ready for that. One Amazon reviewer wrote, “If you love teaching your 5-8 year-olds about death and ruining their childhood, this kit is for you!” The reviewer gave it one star.

For others, the kits have brought joy. Ava and Mikey Bronaugh of Tampa, Fla., released their butterflies with a sense of wonder after raising them from caterpillars.

“I love you!” said Ava, 6, as she bid the flapping creatures goodbye.

Many children marvel at their golden-studded chrysalids. They gently place slices of watermelon in the butterflies’ cages.

Others, though, end up digging tiny graves. Some caterpillars, like the ones Lennix got, are DOA. Others stay runts, failing to thrive. Even the ones that survive can freak everybody out.

When certain species, including Painted Ladies, emerge from their chrysalids, some spurt a red liquid called meconium.

“It can be alarming either for a child or a parent if they think that their butterflies are bleeding,” said Mr. McManamna, the Insect Lore president. “We get that concerned comment throughout social media and our customer service. But it’s ultimately far less disturbing if you realize that it’s just their natural wing coloring that coincidentally looks red and can be misidentified as blood.”

The company includes a warning about it in the kit’s detailed instructions. He said butterfly-kit fatalities are low, statistically. There have been more issues than usual, Mr. McManamna said, which he blames on stepped-up demands facing shippers in the pandemic.

Ms. Hokamp, the lepidopterist, said nature is, in fact, fickle. “All insects have a survival strategy that is based on a very large amount of mortality,” she said.

When children ask about the butterfly life cycle, she explains that dead caterpillars and butterflies become a source of food for other animals.

“They’ll get eaten,” she tells them. “There are many insects and other animals that rely on dead caterpillars in order to eat and live their life.”

In one family, the loss was strangely cathartic.

Amanda Javens noticed her oldest son Mikey fixated on a butterfly which after its miraculous transformation was no longer thriving. That made the Mansfield, Ohio, mother of four nervous.

The 10-year-old boy spent more than an hour trying to get the weak butterfly to take off from a rock. Mother Nature had other plans.

Mikey had recently experienced the passing of his grandfather, as well as his dog, Remington. “You never saw him cry or have any outward emotion about the dog or his grandpa,” Ms. Javens said. “But with the butterfly, he did.”

After mourning several days, Mikey asked his mom, “Can we do it again?”

有点恶心，太丑了。
Other organisms on earth are just waiting for us to go extinct so that they can have some peace.
Top 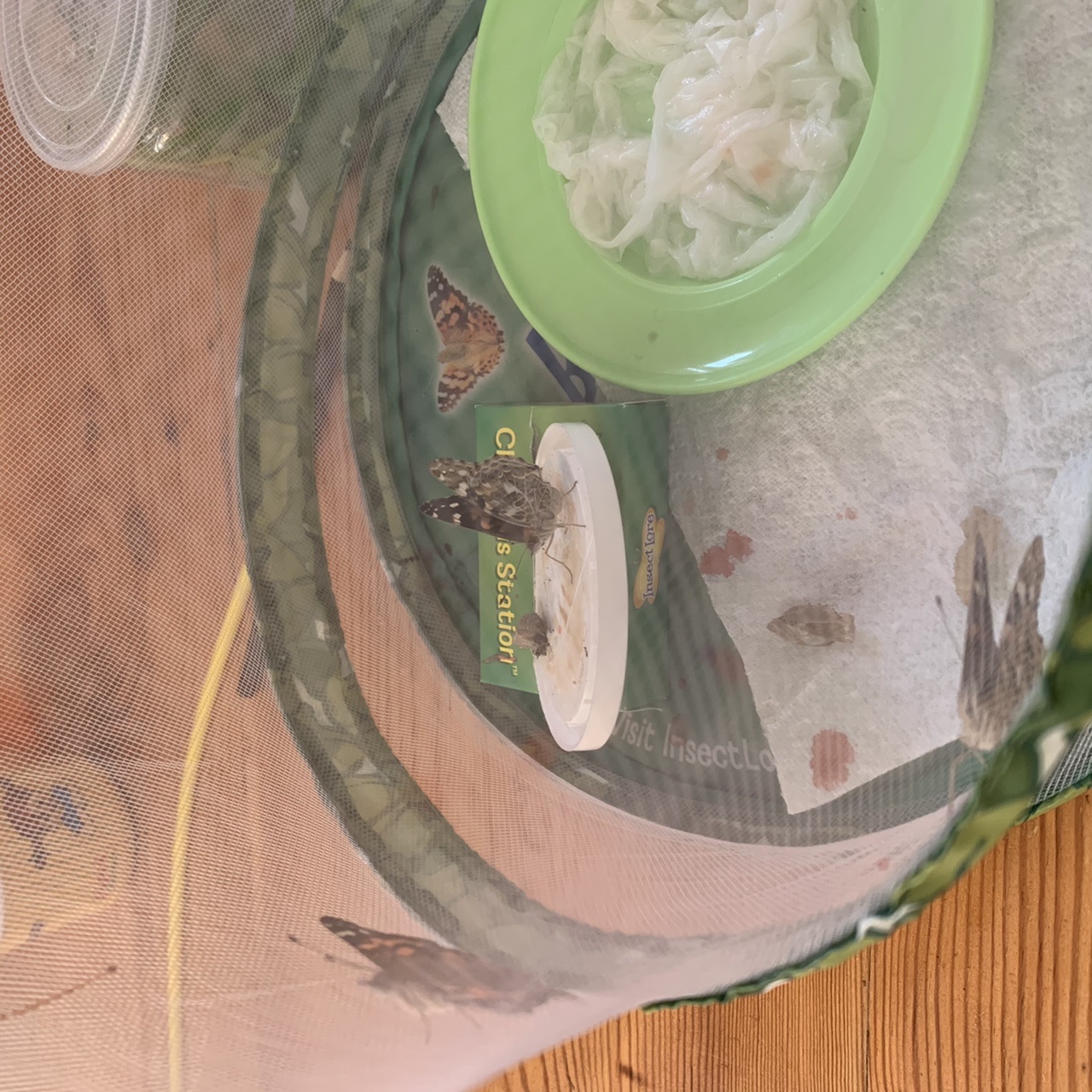 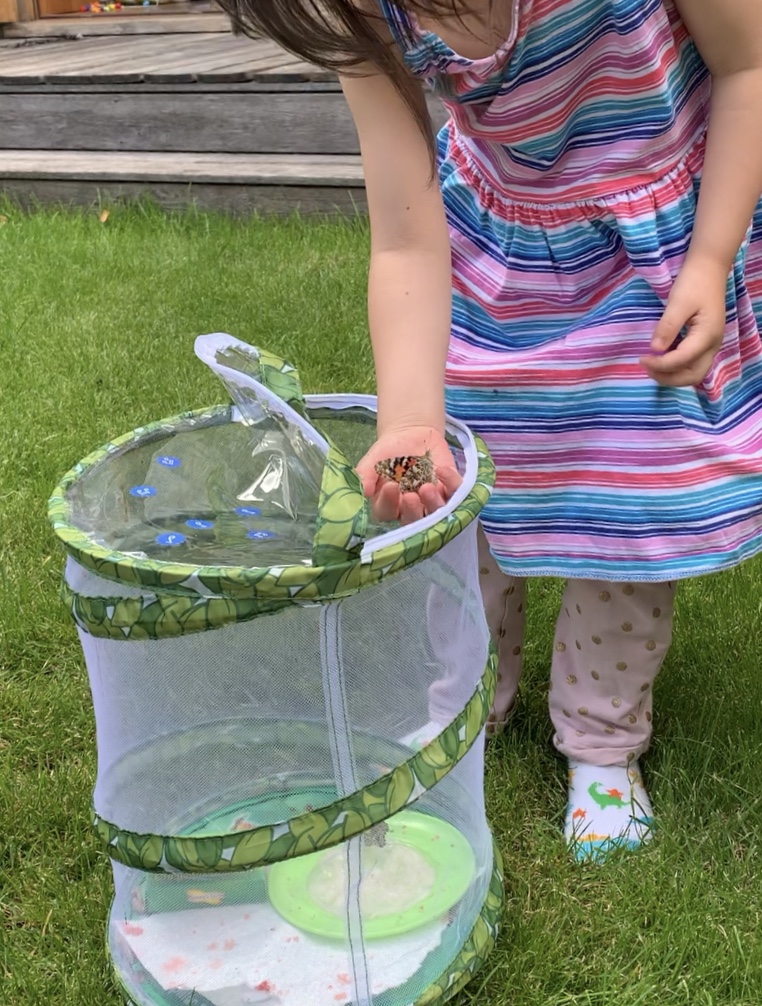 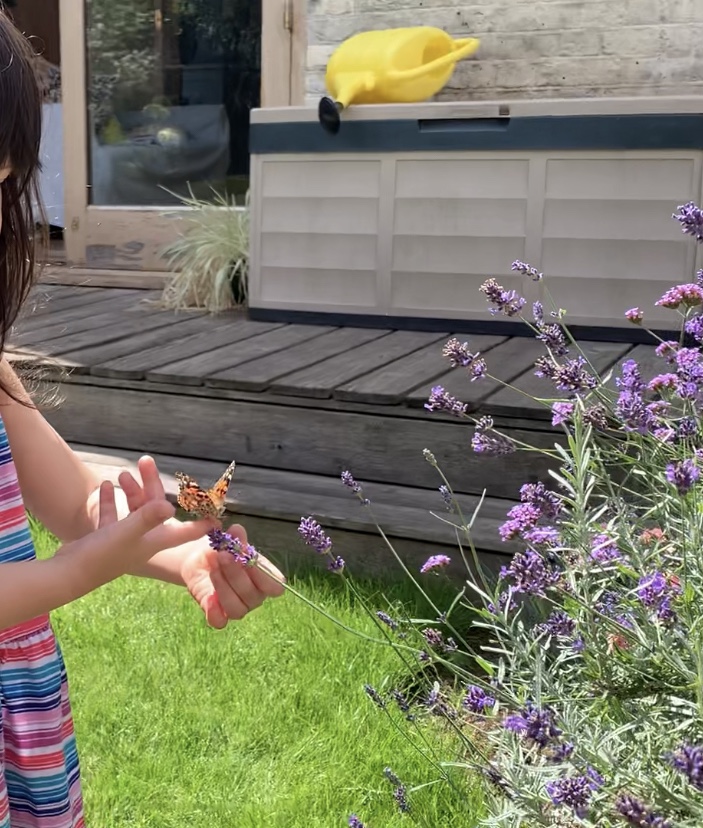 这些年我哥哥经常跟我抱怨他女儿越来越精明了，他已经招架不住了。就是这个套路呀。
Other organisms on earth are just waiting for us to go extinct so that they can have some peace.
Top

小绿还挺挑的，瓢虫不是挺可爱的嘛。
Other organisms on earth are just waiting for us to go extinct so that they can have some peace.
Top 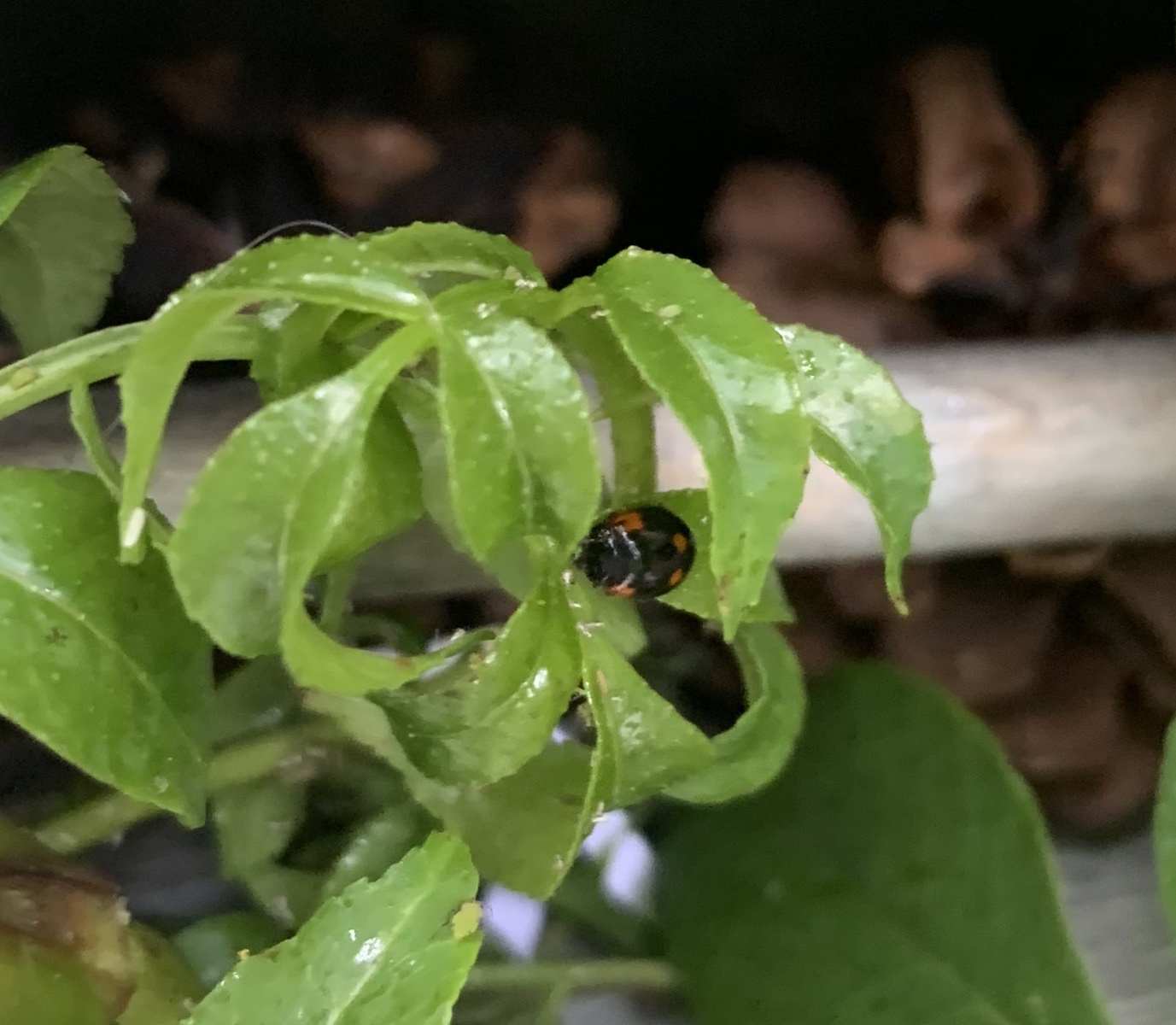 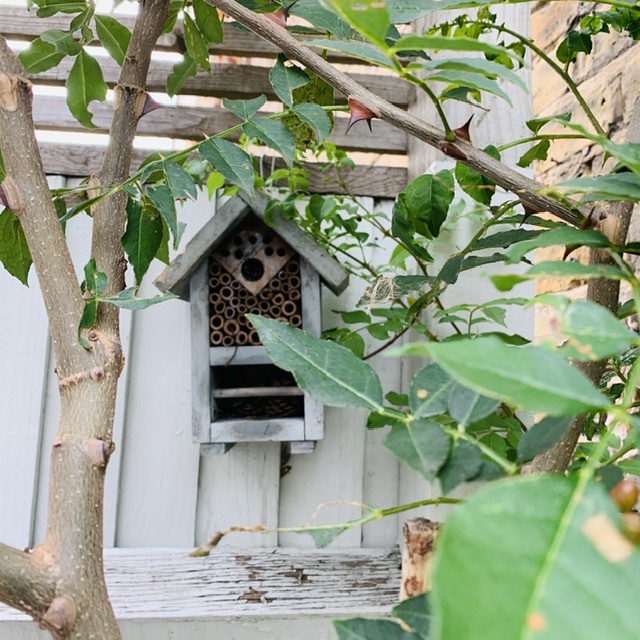